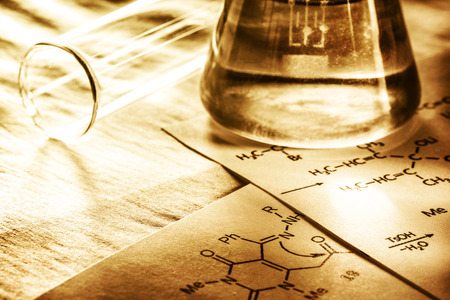 How to optimize your medical treatment:

Cannabis is a fascinating plant that contains many bioactive compounds called cannabinoids. Pharmacology is the branch of medicine concerned with the uses, effects, and modes of action of medications.  To understand the pharmacology of Cannabis, we must explore its pharmacokinetic and pharmacodynamic properties.

The Pharmacology of Cannabis

First, we must understand how our bodies take in and break down Cannabis. How cannabinoids go into, through, and out of the body are called their pharmacokinetic (PK) properties.

Now, we shall apply concepts of PK and PD to explore how they impact therapeutic goals. There are many ways to use Cannabis. The two most common routes of Cannabis intake are eating or inhaling. An easy rule of thumb for using edibles is “Slow in / Slow out.”  In contrast, inhaled Cannabis is “Fast in / Fast out.”

Edible Cannabinoids: “Slow in / Slow out” 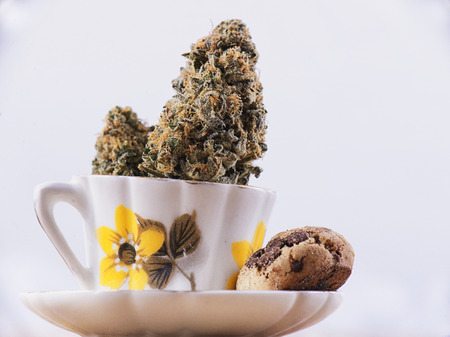 Sometimes, patients inexperienced with edibles accidentally use too strong of a dose or take multiple doses. This can result in intense side effects.1,2  These uncomfortable side effects caused some patients to utilize the Emergency Room for relief.3  One issue with edibles is that once in the gut, cannabinoids take up to 2 or 3 hours to show their effect.  This delay may give the false impression that the dose was too low, resulting in a second dose of cannabis being taken before the first dose was actually felt.  Another issue is that a smaller dose of oral cannabinoids produces an effect similar to a larger inhaled dose.  When estimating from an inhaled dose, patients should “step down” to a lower oral dose in order to avoid side effects.

When dosed properly, many patients with chronic conditions prefer the 6-12 hour medicinal effects that are experienced with gut absorption. Nighttime oral cannabinoids can manage symptoms throughout the night better than shorter-acting inhaled cannabinoids.

Additionally, only oral administration causes the liver to metabolize Δ 9-THC into the longer lasting 11-hydroxy-THC (11-OH-THC).1,2 Future research will be needed to explore the medicinal properties of 11-OH-THC.

Inhaled Cannabinoids: “Fast in / Fast out” 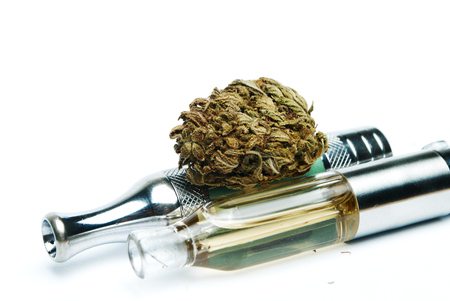 After inhaling, cannabinoids peak almost immediately in the bloodstream and the effects can be felt within a few seconds or minutes. However, the effects from inhaling cannabinoids only lasts approximately 2 to 3 hours.4 To get the same effect, some patients have to use higher amounts of inhaled cannabinoids compared to oral doses.5

For Ohioans: Under Ohio’s Medical Marijuana laws, vaping is the only lawful way to inhale Medical Marijuana. Smoking Cannabis is still illegal.  The reasoning is that inhaling combustibles from smoking exposes patients to cancer-causing chemicals.  Studies have reported that compared to smoking, vaping allows patients to experience the benefits of Medical Marijuana without the negative respiratory effects.8

Many patients combine oral and inhaled cannabinoids to control symptoms all day (or night). Pain management strategies have a similar concept of using long-acting prescription medications to provide base coverage for pain while short-acting medications help breakthrough pain.

Likewise, an inhaled and oral dose of cannabis will produce a short immediate effect that will fade as a longer-lasting effect covers symptoms for the next 6-12 hours (Fig 1).

Understanding how to combine dosing strategies can help better control your symptoms, reduce the amount of cannabis you use, and reduce how often you use it.

To reduce the likelihood of adverse side-effects, remember to “Start Low & Go Slow!” with any new method of Cannabis intake.